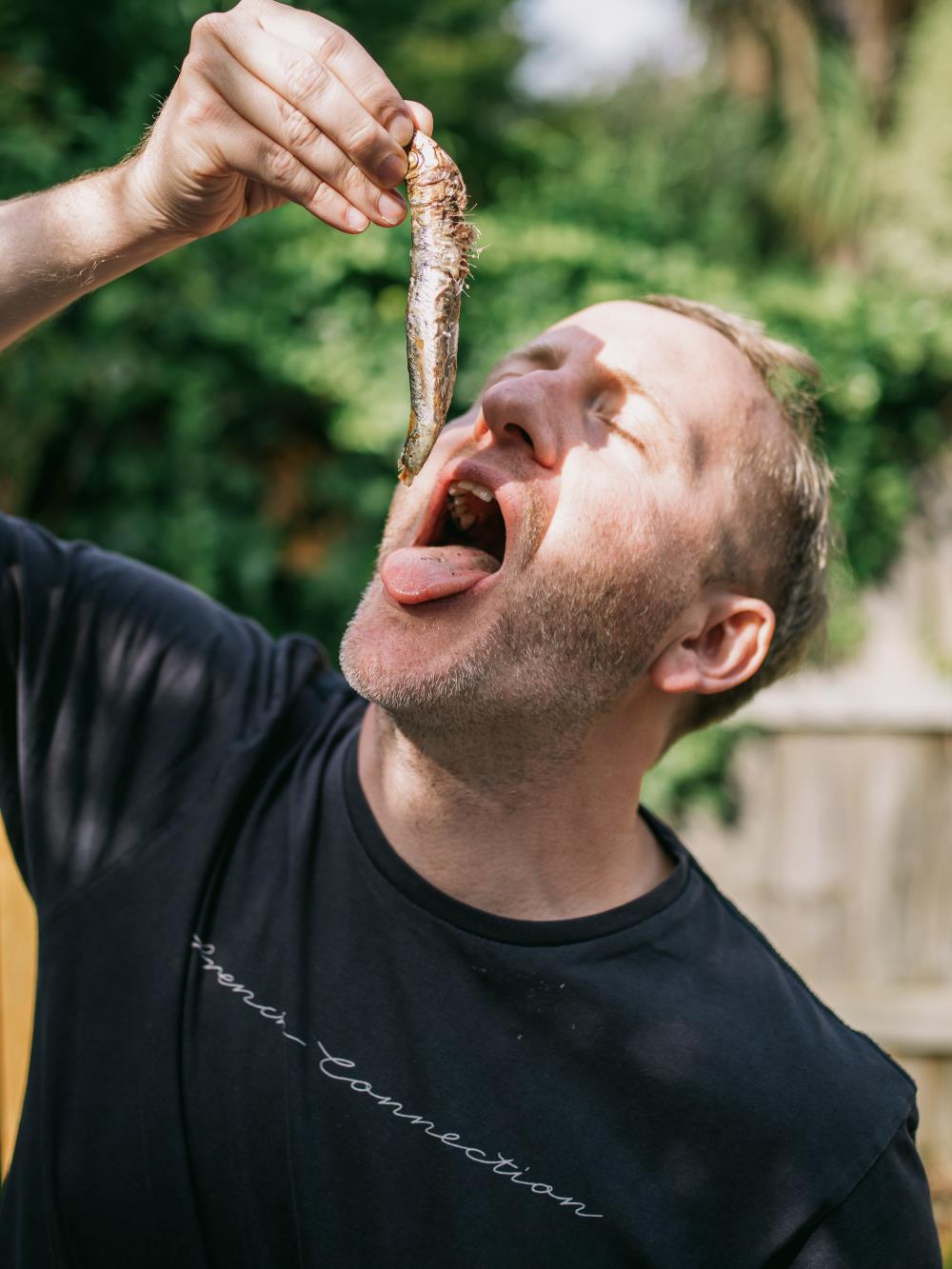 John Turville is one of the leading pianists and educators on the UK scene. A graduate of Cambridge and the Guildhall, he has since received numerous awards, including the MOJO #3 Jazz Album of the Year (2012), ‘Best Album’ in the Parliamentary Awards 2011, ‘Best Instrumentalist' in the 2010 London Jazz Awards, the 2009 Promoter’s Choice Award (PRS), and was a semi-finalist in the Martial Solal competition in 2010. He has worked and recorded with many of Europe’s leading jazz and tango groups, including the Dave Binney/Julian Arguelles quintet, Tim Garland’s Lighthouse Trio and Acoustic Triangle, the Tony Kofi/Alan Barnes Quintet, Karios 4tet, Asaf Sirkis Trio, Gilad Atzmon, El Ultimo Tango, Transtango, the London Tango Orchestra, London Jazz Orchestra, Guillermo Rozenthuler, Nate James, Matt Ridley Quartet (feat. Jason Yarde), Natacha Atlas and US3.

His own trio have released two acclaimed albums on the F-IRE label and toured widely throughout the UK and Europe. Recent engagements include sets at the Barbican, South Bank, Kings Place, Ronnie Scotts, Pizza Express, The Vortex, Bridgewater Hall, Manchester and the Scarborough Jazz Festival.

John is also an experienced composer and arranger. He founded, writes for and directs the E17 large ensemble, and has had works commissioned by Manu Delago and ‘Living Room in London’, the Threads Orchestra, the Solstice Quartet and Transtango. He is the visiting jazz piano tutor at Birmingham Conservatoire and has coached jazz ensembles at the Guildhall and Trinity College. 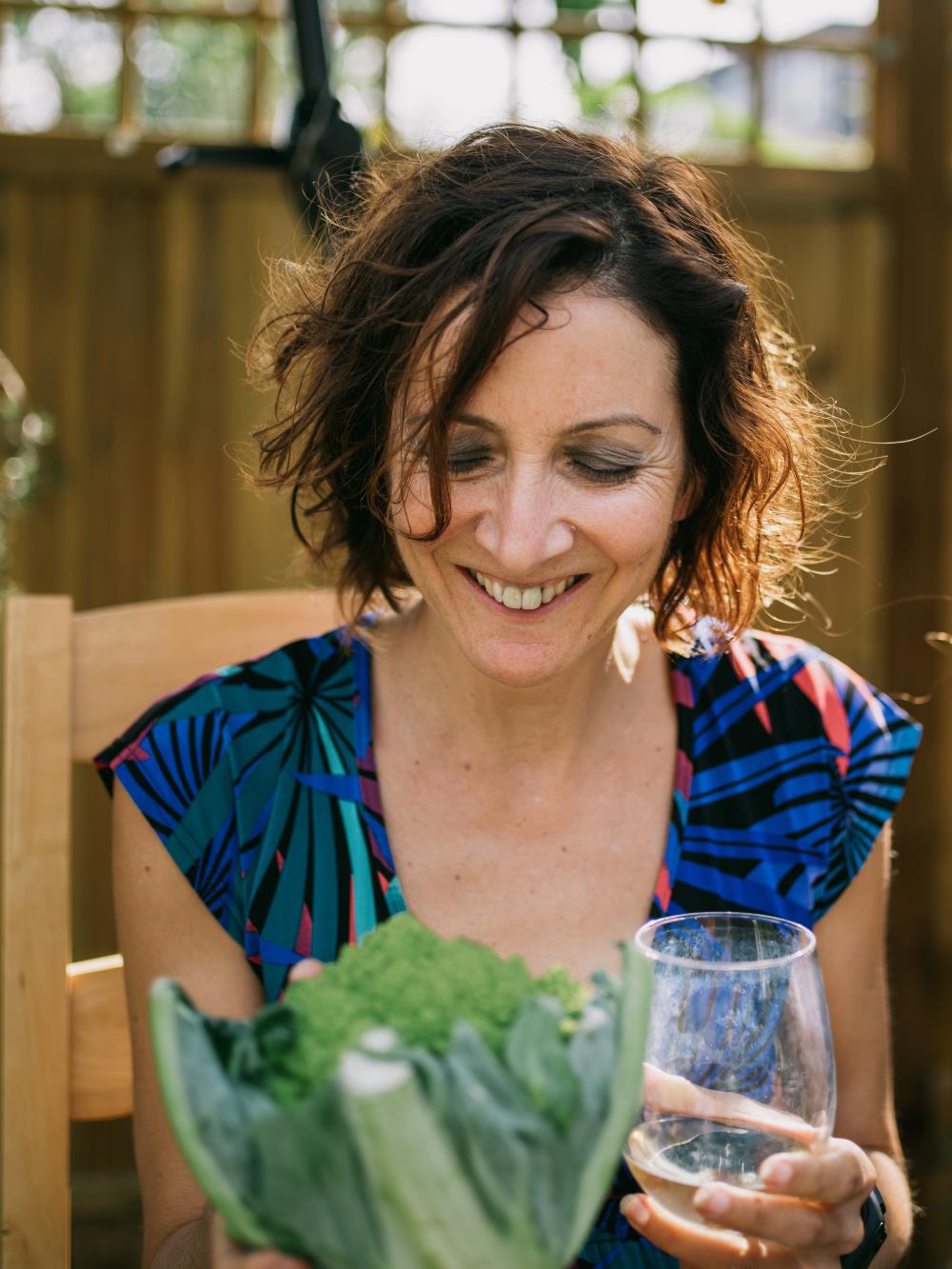 British saxophonist, flautist and violinist Tori Freestone performs at the forefront of the UK music scene as both highly regarded bandleader and sidewoman. She has featured in a number of the UK’s most exciting contemporary bands: Ivo Neame’s Quintet and Octet, Rory Simmons’ ‘Fringe Magnetic’, the London Jazz Orchestra, the Creative Jazz Orchestra, ‘Compassionate Dictatorship’ and the Cuban group ‘Orquesta Timbala’ alongside musicians such as Jasper Hoiby, James Maddren, Jamie Cullum, Rory Simmons, Andy Sheppard, Jim Hart and Jason Yarde to name a few. Freestone’s performance and session highlights to date include the Binhuis (Amsterdam), the Cheltenham International Jazz Festival, Brecon Jazz Festival, North Sea Jazz Festival (Holland), Haskovo Jazz Festival (Bulgaria), Elb Jazz Festival (Germany), Sudtirol Jazz Festival (Italy), La Laguna Jazz Festival (Tenerife), Skein Jazz (Norway), the QEH, Ronnie Scott’s, La Zorro y El Cuervo (Havana, Cuba) plus tours of the UK, Portugal, Germany, Holland, The Canary Islands and Bulgaria and recordings for BBC Radio 3, FMR, Loop, Edition Records and Whirlwind Recordings. Years of touring extensively around the world with such talented musicians has meant that Freestone has truly honed her craft so it is unsurprising that her debut album, In the Chop House, was a widely anticipated release. The album and the coinciding extensive tour on it’s release has had rave reviews. She was also recently commissioned to compose a new work for the trio for the 2014 EFG London Jazz Festival which was performed at the South Bank Centre alongside Henri Texier and the Hope Quartet.

“Freestone has clearly listened widely, but her musicality and broad experiences have stirred all that input into an imposingly original sound”, John Fordham, The Guardian 4 star review 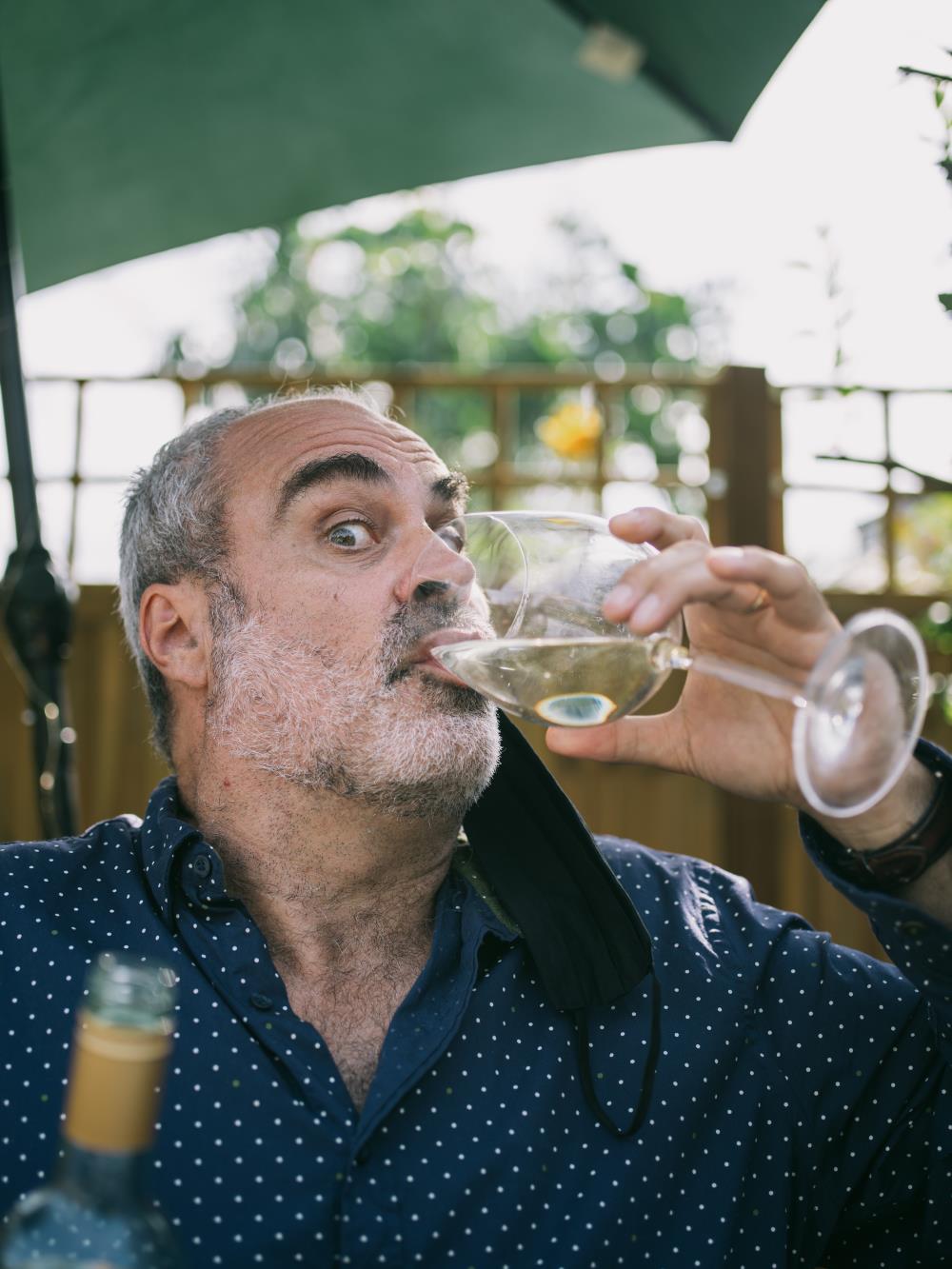 Jez took up the guitar age 15 and attended Leeds College of Music acquring the College’s Jazz Guitar Prize. He has played,recorded and toured with a variety of ensembles including F-ire Collective member Tom Arthurs’ ‘Centripede’, Asaf Sirkis’ ‘Inner Noise’, the Koby Israelite Band, ‘Centreline’, Henry Lowther, Loz Speyer’s ‘Timezone’, Gerard Presencer, Rick Astley and ‘Solstice’ alongside Brigitte Beraha, Tori Freestone and John Turville, with recordings for Babel, 33 records and FMR and performances including the Cheltenham, London and Haskovo (Bulgaria) Jazz festivals, a live performance for Jazz on 3 and tours of Portugal, Poland and Austria. He also is part of the ‘E17 collective’, a group of jazz musicians set up to promote and develop the hotbed of talented musicians based in Walthamstow, London.

“Franks is a fluent but punchy player, supple, long-lined solos streaming from his guitars” Chris Parker

Dave Manington completed a Bmus degree at Nottingham University focusing on composition, then went on to study jazz at the Guildhall School of music the following year. Since leaving he has played with most of the top jazz musicians in the country; luminaries such as Mark Lockheart, Tim Garland, , Iain Ballamy, Gwyneth Herbert, Michael Garrick, Julian Arguelles, Marius Neset, Pete Wareham, Gwilym Simcock, Pete King, Martin Speake, Alan Barnes, Tim Whitehead, Salena Jones, Roberto Pla, Tina May, Natacha Atlas, Martin Shaw and John Etheridge amongst many others. He’s also in demand for a broad range of different ensembles, playing with musicians from everywhere from South America to the Balkans both as a performer and as a compositional collaborator.

The musicians he is most passionate about playing with are his contemporaries, many of whom he has worked with since moving to London to study at the Guildhall. Many collaborations and projects have been spawned from these connections and it was with the most like minded of these people that he founded the Loop Collective seven years ago in order to pool creative resources and promote their music more effectively. He has composed for and led his own septet, trios, and quartet, whilst also contributing music to many other people’s projects. His debut quartet album “Headrush” was released on Loop Records in 2008 to critical acclaim. He is also a founder member of the much respected e17 jazz collective and is currently writing new music for the e17 Large Ensemble 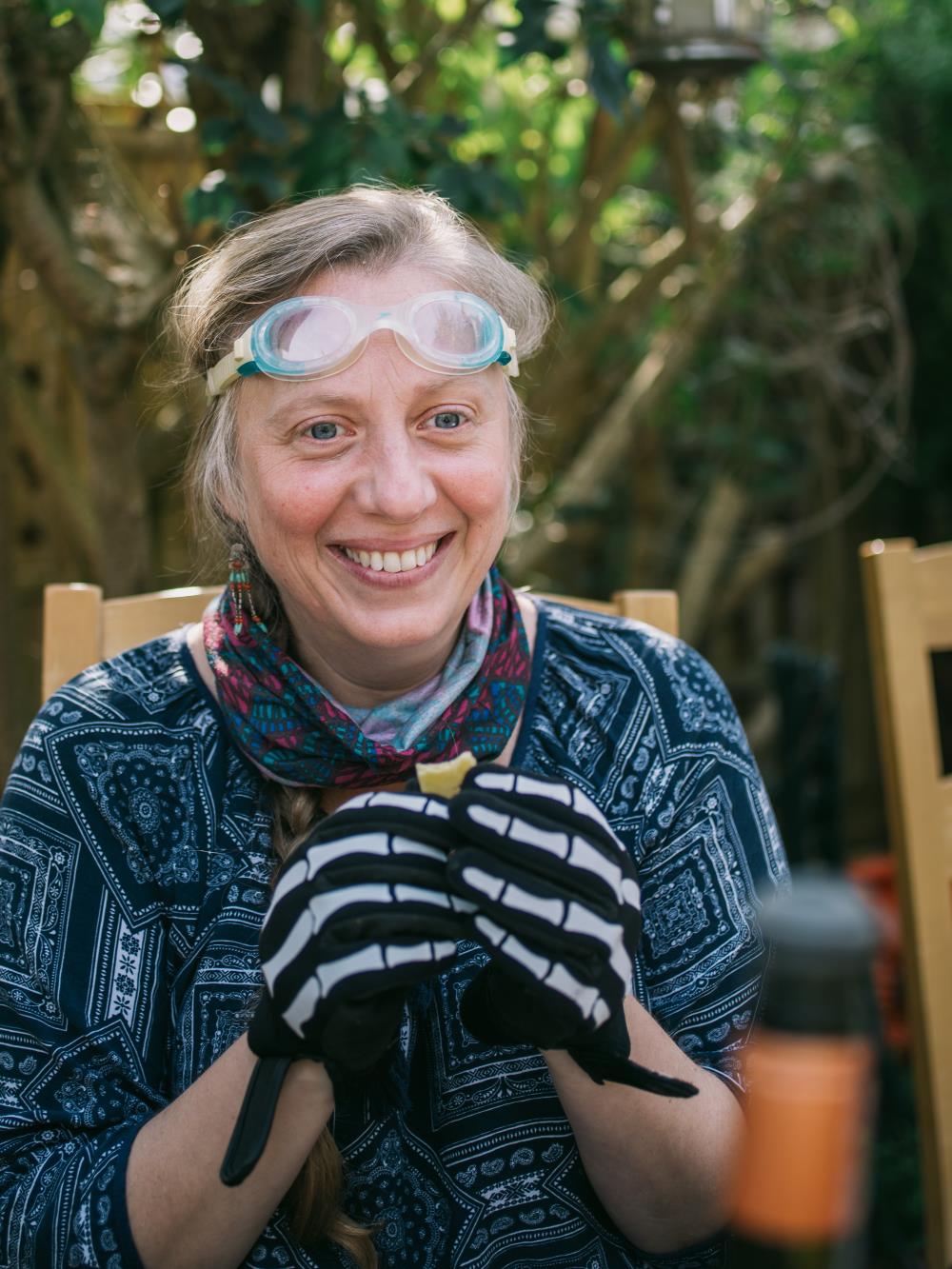 Brigitte is now recognized as one of the most versatile and exciting vocalists to emerge on the UK jazz scene in the last decade. As well as performing and recording with many of the legends of the UK jazz scene, including Kenny Wheeler, Chris Laurence, Paul Clarvis, John Parricelli, Bobby Wellins and Henry Lowther she is closely involved in the work of the new generation of jazz musicians and in particular the Loop and E17 jazz collectives. Drawing comparisons with such luminaries as Norma Winstone and Tania Maria, she has forged her own, very individual voice. With four albums to her credit, her album Babelfish was recently picked by Sebastian Scotney, founder of LondonJazz , as one of his top three albums of 2012. An experienced educator, Brigitte leads jazz workshops and teaches at The Guildhall School of Music, Trinity Laban Conservatoire and the Welsh College of Music. She has performed and led workshops in the United States, France, Belgium, Switzerland, Finland, Turkey, Nepal and the UK. 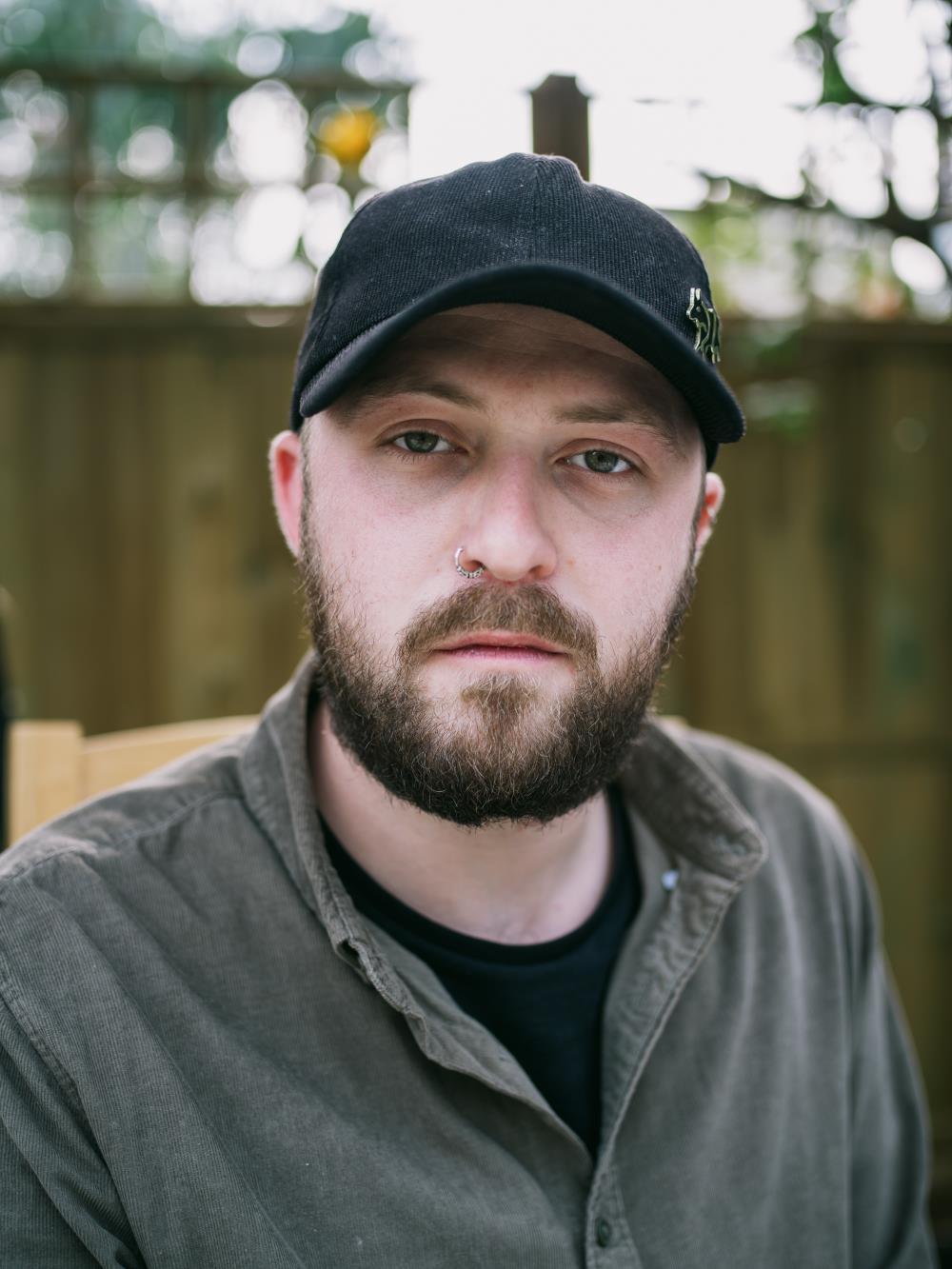 Will was born in Worksop, Nottinghamshire. In 2010 he moved to London to study at the Guildhall School of Music and Drama.

His influences draw eclectically from across jazz history, improvised music and anywhere else, from Baby Dodds to Milford Greaves, Max Roach to Paul Motian, Roy Haynes to Joey Baron or Ed Blackwell to John Bonham. Will can be heard playing anything from traditional Jazz, in straight ahead settings to improvised music or avant rock.